Scholarships for New and Current Students

All scholarships are awarded to new and returning students through the FACTS application for Grant and Aid.

Some scholarships are awarded as part of a financial aid package and do not require additional submissions.

We encourage all new and returning students to explore these opportunities for tuition assistance.

The following scholarships have been made possible by generous supporters of St. Dom's.  They are awarded based on financial need as determined by the FACTS Grant and Aid process and the Financial Aid Committee.

Saint Dominic Academy is blessed to have benefactors and Corporate Sponsors who believe a Catholic education is an important part of a young person's development, growth, and preparation for the future.   For the 2021 – 2022 school year, we are honored to award the scholarships in the name of the following Corporate Sponsors:

These scholarships are awarded based on financial need as determined by the FACTS Grant and Aid process and consideration by the Financial Aid Committee and do not require an additional application.

Family members who have witnessed the value of a loved one's St. Dom's education have established scholarships to create a legacy and give the opportunity for others to grow through Catholic education.  We are honored to offer these scholarship opportunities in memory of St. Dom's alumni.  These scholarships require an application, now available online, and an essay.  The recipient(s) are chosen by the scholarship donor and are awarded through the FACTS Grant and Aid process. 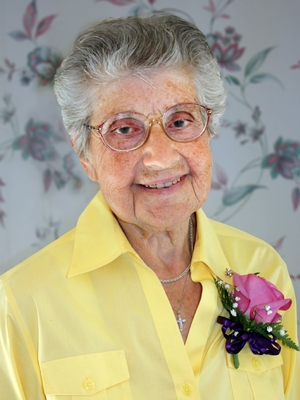 Louise and Raymond Jean have chosen to honor her mother, Laurianne Michaud Cormier, through an endowed Saint Dominic Academy fund.

Laurianne Michaud was born in Lewiston, Maine on July 12, 1912. She graduated from a legacy institution, "Le Cours Superieur" at the age of 16. Due to her father's untimely death, Laurianne went to work to help support her mother and five younger siblings after graduation. Her dream of becoming a nurse remained unfulfilled.

Laurianne married Phillippe Cormier in 1940 and raised two daughters, Anita Cormier Goulet and Louise Cormier Jean, both of whom graduated from Saint Dominic High School. In her retirement, Laurianne became a volunteer at St. Mary's Regional Medical Center. She dedicated 35 years to St. Mary's, accumulating almost 20,000 hours of service. She loved the environment and especially enjoyed interacting with the nursing staff. Just weeks before her death on June 23, 2015, and two weeks shy of her 103rd birthday, she was still attending to her duties at St. Mary's.

Her age does not diminish but magnifies the enormity of our loss. She became a role model not only for the family but also the community.

In testimony to her amazing life, we request that the scholarship recipients donate some time as volunteers at St. Mary's Regional Medical Center, in addition to being good students. 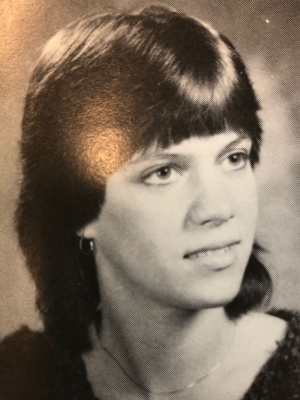 Anne, a member of the Class of 1984, was profoundly shaped by her years at St. Dom's. Those teachers and fellow students who were fortunate enough to know her there were themselves shaped by Anne's own forceful and engaging personality.

Anne was a natural leader, someone who, by her independence and integrity, inspired respect and affection in and out of the classroom. It was no surprise that her classmates several times elected her to the student senate, but it was, for Anne, an unlooked-for honor that they also overwhelmingly elected her Carnival Queen in 1984.

St. Dom's nurtured in Anne an inclination to serve others, especially those most in need. As a high school student, she volunteered in a vocational program for the developmentally disabled; as a college graduate, she began her career working at a hospital for psychiatric patients with serious brain injuries; after finishing her M.Div., she worked as a nursing home chaplain.

Anne's faith, a faith that developed over the course of her life, was accompanied by a love of intellectual inquiry. Both came of age at St. Dom's and led her to study philosophy and psychology for her B.A. at Simmons College, and religion and pastoral service for her M.Div. at Harvard Divinity School.

Anne's creativity was evident in many aspects of her life. At St. Dom's, she shone forth on the stage for the audiences that watched her in a variety of lead and supporting roles in the school's theater productions. She wrote about creativity for her undergraduate thesis, and displayed it in her studies, her work, and the many artistic and culinary projects through which she enriched the home she made for her husband and three children.

And, finally, those who knew her well will remember her ironic, often biting, sometimes earthy sense of humor. She was very funny, because she was very insightful, and read her target painfully well. 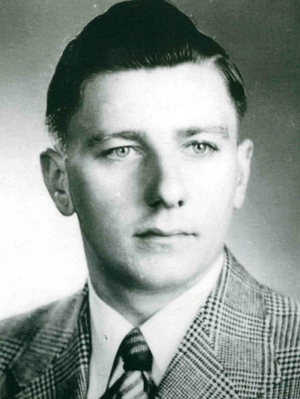 Raymond R. Bedard Endowed Family Scholarship
Scholarship for students who will be in high school for the coming year.

Ray Bedard attended St. Dom's Regional High School from 1943 to 1947. He was a member of one of the very first classes to graduate from the school. While at St. Dom's, Ray quickly made a name for himself. He was an extraordinary athlete — working through the ranks in various sports including football, hockey, and baseball. By the time he was a senior, he was the captain of both the hockey and baseball teams. As the captain of the hockey team, he led the team to its very first Maine State Championship in 1947 and guided the team through their first New England competition. As a baseball player, the St. Louis Cardinals scouted him for his pitching talent - a rarity for a baseball player from Maine.

Not only was Ray a fine athlete, but he was also a leader. He was well respected by his teammates because he very quietly and methodically knew what it took to lead a team. He did not boast about his accomplishments and made sure to highlight the individual talents of each team member. Though he was a quiet leader, to this day many remember his name. When he was inducted into the St. Dom's Athletic Hall of Fame in 2010, he made sure to include every one of his teammates in accepting his honor because he knew that in order to win a championship it takes a team. Ray was a very hard worker. He took pride in everything he did and instilled both traits in his family. Ray strongly believed that everything earned is worked for — not just given. It is with this in mind that the idea of a scholarship to honor his name was established.

This scholarship honors Louise Forgues, a proud member of the Class of 1955 and a dedicated Catholic School educator of 39 years.

Louise was born in Lewiston, Maine on May 12, 1937. She attended St. Peter's School and St. Dominic High School. After graduating from Regis College in Weston, MA, she returned to St. Dom's as an educator, teaching chemistry and math from 1961 until 1973. She then taught science and became principal at St. Peter's School for the next 12 years. In 1985, she taught science at Holy Cross School before retiring in 1999.

Louise was devoted to St. Dom's, both in and out of the classroom. She took part in extracurricular activities and attended many sporting events. She and her family were friends of the founder of St. Dom's, Fr. Drouin. As a teacher, Louise fostered a learning environment in and out of class. She often tutored students even after retirement.

Back To Top
St. Dom's Annual